The School has a long and proud tradition of rowing. Our rowers compete at local, national and international level.

vents include the National Schools, Henley Royal and Women’s Henley Regattas. In recent years we have been delighted to see individuals achieve selection to race on the international stage at both U16 and U18 levels. Our alumni include World Junior and Senior medalists and a 2016 Rio Olympian as well as others racing in the Oxford and Cambridge University Boat Race.

Within the last twenty years, the boys’ VIII has won the prestigious Princess Elizabeth Challenge Cup at Henley Royal Regatta and on three other occasions, raced in the final (twice in the last five years), breaking the course record in one of their races. In the summer of 2012, two of the current boys’ senior squad were in the silver medal winning junior eight at the World Junior Championships, held in Plovdiv. The 2011 captain of boats, Cameron MacRitchie, received the Olympic Torch from Sir Steve Redgrave at the peak of the 2012 London Olympics opening ceremony.

You can watch a video made by 1st VIII rower Valentin Peiker of the boys’ 2016-2017 season by clicking on the image below. 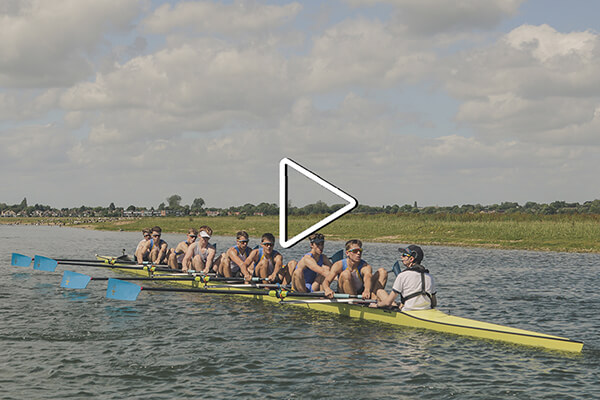 This is a wonderful facility that contributes a great deal to School life. With kayaks, punting and skiff expeditions there is something for anyone who is into “messing about on the river”. However, with International standard coaching and facilities, the boat club is set to continue racing and winning at the highest level.