Training for athletics takes place three times a week for both boys and girls in the Summer Term games programme.

Sessions regularly take place at the excellent University facilities at Iffley Road, whilst some take place on our grass track at school. Specialist coaches are employed to complement a strong team of coaches from the Common Room and the School enters all the City athletics championships and the English Schools’ Track and Field competitions. We also regularly attend inter-school meets at Radley, Harrow and Marlborough, and take part in the Achilles Schools Relays. We have had athletes achieve English Schools’ qualifying standards and attend the National School Finals. In what is essentially an individual sport, there is an immense amonut of team spirit and camaraderie.

The 2018 season was a particularly strong one for the Athletics Club, with multiple records broken and great successes achieved in both individual and team competition. There were many individual highlights and particular recognition is due to the senior boys’ 4x100m relay team of Max Liddy OSE, Dekoye Coker OSE, Josh Moore OSE and Will Monks OSE, who won and set a new school record of 44.9 seconds at Harrow in May 2018. Other school records broken last season include Felix Burton Inter 400m in 54.2 seconds and Dan Hoggar’s Inter 200m, becoming County Champion in the process. After the departure of the Upper Sixth later in the term, the Lower Sixth notably won the Bedford Super 8s event.

A special coach’s mention is owed to Dekoye Coker OSE, who left the school an exceptional athlete and role model. The final meeting of the calendar at Bedford summed up his commitment and leadership, returning from London after his exams to run as a guest at the Lower Sixth event one final time in the school vest and give his support to the team. He left Teddies as a record holder in the Junior and Inter 100m and Junior 200m as well as being a part of each record-breaking relay team.

Athletics provides a great opportunity for boys and girls in different years to train together and is becoming an increasingly popular option for those not fully involved in our major team games in the summer (Cricket, Girls’ Tennis and Rowing). 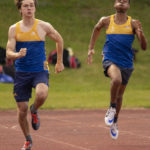 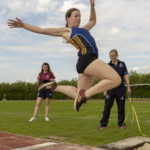 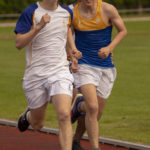 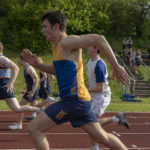 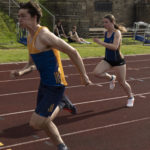 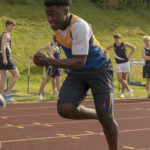