The third major musical ensemble at St Edward’s remains the School Concert Band. Consisting of 60 players, this group undertakes major concert band repertoire, attempting some of the more challenging works available to this kind of group.

ecent concerts have included Holst suites, and Saint-Saens and Tchaikovsky arrangements. On top of that, the Band plays more popular marches and film music. They are heard twice a year at our CCF parades, providing the music for military marching and drills.

Behind the Concert Band, there is a set-up of other wind and brass ensembles, provided for by the many practice and performance spaces in The Ogston Music School. A Wind Band, acting as a training Concert Band, plays popular favourites and well-known theme tunes in concert band arrangements. The Brass Band plays a wide range of music from the traditional brass repertoire, performing at major occasions within the School, as well as serving the community for Christmas parades, remembrance ceremonies in nearby villages, and festival occasions.

And then there are the jazz bands! We maintain the tradition of three very different kinds of jazz, with popular and hard-working bands which give the pupils the opportunity to play in garden parties, jazz evenings and clubs and receptions outside the walls of the School. The 20-piece Big Band plays a mixture of traditional and modern charts — from Glenn Miller to the latest improvisatory arrangements. The 7-piece Dixieland Jazz Band retains the 1920s spirit — charlestons, rags and blues to entertain the masses — in a band which is, whilst directed by a member of staff, entirely led by the pupils themselves. The Modern Jazz Ensemble then encourages pupils to go “off the page”: learning to express themselves through improvisation, working with a tight-knit group to produce excitingly inventive and creative ideas. 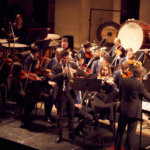 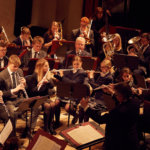 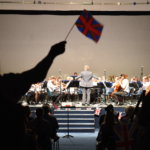