Just over one hundred years ago the School had to deal with a pandemic of even greater proportions than the one faced today. The ‘Spanish Flu’ (H1N1 A Virus) of 1918/19 which spread throughout the entire world at the end of the Great War is thought to have eventually infected 500 million people – a third of the world’s population at the time. It’s timing, following hot on the heels of the war, meant it was a terrible additional nightmare to be endured. The causes of this particular deadly form of influenza have been argued about ever since.

At the School there was no escape and the December 1918 ‘Chronicle’ described in detail how it coped. With 115 of the 158 pupils immediately stricken, the sickrooms and dormitories were immediately filled. The Warden, two Set Tutors, two teachers (out of ten) and nearly all the non-teaching staff also went down. This all happened in ‘less than a week’ in November 1918, just as the armistice was being signed. 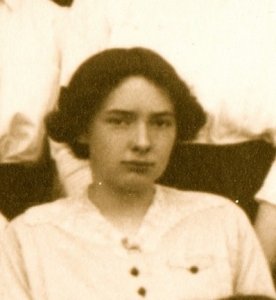 Help was thin on the ground with Oxford, Summertown and the whole country ‘full of the disease’. Local parents and friends pitched in until they too went down with the virus. The School’s first female teacher, Sylvia Richards, was described as a ‘tower of strength’ until she too caught the infection. The School’s Matron actually caught two doses of the infection and her two assistants both were bed-ridden very quickly. Amazingly, no-one died at St. Edward’s.

The School essentially came to a halt with most boys returning home. Just 14 ‘survivors’ were left, acting as ‘hospital orderlies throughout in a manner beyond all praise’. The laundry was closed for three weeks as all the staff were ill, with piles of dirty washing building up, and the boot room clogged with dirty boots. Incredibly, Church services went ahead, Taken by whichever Chaplain was fit enough and even the Warden who ‘though far from well’ managed to conduct an occasional Evensong.

With the armistice, the expectation had been that the Chapel bells would have been the first in the area to be heard with the pealing of the bells. This was awaited by all in Summertown but was not possible until later on the 11th November when a quartet of bell-ringers could be assembled.

There was light at the end of the tunnel, literally, with the Quad flood lit for the first time in five years and a School play – a version of  ‘A Christmas Carol’ beginning rehearsals (shown in the main picture). This was the first play since 1914, mostly at the instigation of the senior boys with the help of sympathetic teachers. This eventual production, while not perfect and seriously delayed due to the virus, was warmly received and raised nearly £25 (£1500 today) for the War Memorial Fund.

With thanks to Chris Nathan, The School Archivist.

The School’s ‘Bumpers’ Races were a much-anticipated annual event of races in the School’s...
28 May 2020 OSE, School Life

Exactly eighty years ago the remnants of the British Expeditionary Force (BEF), the Belgian...
12 May 2020 General, OSE, School Life