Exactly eighty years ago the remnants of the British Expeditionary Force (BEF), the Belgian Army and three French armies had been driven back and trapped on the Northern coast of France.

The Allies had collapsed in the face of the rapidly advancing mechanised German Army, using ‘Blitzkrieg’ tactics and entering France via the unexpected route of the Ardennes Forest. Despite heroic last-ditch stands, delaying tactics and selfless sacrifice, there was little that could be done to stem the huge losses in men and materials as they fell back towards the coast.

By the 23rd May 1940 the Allies were cut off at Dunkirk and the surrounding area. Supreme efforts were put in place to rescue as many as possible by the Royal Navy – already taking significant losses from the Luftwaffe – and then supplemented by the armada of civilian ‘little ships’ which put out from south coast ports to assist under ‘Operation Dynamo’. The ‘Miracle of `Dunkirk’ was born.

As far as St. Edward’s was concerned, the majority of those at Dunkirk were regular older OSE servicemen, as this is what the British Expeditionary Force was made up of, including the Navy and RAF. Exact numbers are difficult to pin down, but an educated estimate would be forty – fifty OSE, of whom eleven were lost, up to and during the evacuation, and another two afterwards under very sad circumstances. 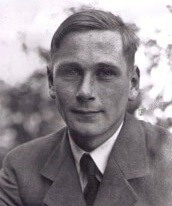 Amongst those lost were Christopher Mackworth, an RAF Hurricane pilot, seen to bail out with his parachute on fire over Siclin, who died later of his wounds.

Lieutenant-Colonel Charles Robinson, Royal Army Ordnance Corps, was last seen wounded in the thigh on the beach itself, encouraging his men forward but never seen again. 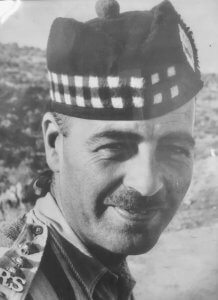 Major Rodney Watson, Royal Scots also fell. He was already the possessor of an MC earlier in his career, now awarded the DSO during the desperate delaying action at the Escaut River where he led several charges against hopeless odds and then recovered wounded comrades, before falling in the action: Second Lieutenant Harry Grant with the Cameron Highlanders was also killed in this action. 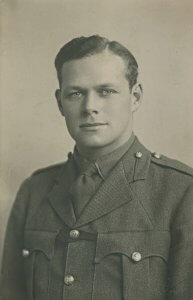 Second Lieutenant Paul Cooke, who had already won two England rugby football caps pre-war and now with the Oxford & Bucks, was lost at Comines in Belgium during the retreat.

The School was devastated, none more so than Henry Kendall, the Warden, who had known them all and read their names out in Chapel, visibly shaken, a practice that would continue throughout the war years.

Amazingly over 338,000 were rescued from the beaches in eleven days including 123,000 French soldiers. A large group of these men were returned to Oxford and housed in a huge bell-tented area on Port Meadow opposite the School. As they marched down the Woodstock Road from Oxford they were cheered.

The School’s ‘Bumpers’ Races were a much-anticipated annual event of races in the School’s...
15 June 2020 OSE, School Life

Just over one hundred years ago the School had to deal with a pandemic...
12 May 2020 General, OSE, School Life