This Sunday the School will remember and honour those who sacrificed their lives to serve in the great wars. 1600 OSE took part in the Second World War, and of those, 150  lost their lives. In the First World War, Teddies was a much smaller school, but there were still 667 OSE involved in the fighting, and 121 of those paid the ultimate price, and were mourned by the School. Wilfrid Cowell, the teacher who kept all the records during the Great War, wrote that the School had lost ‘the flower of a generation’.

This Sunday the whole School will turn out for a service on Upper 1, with the CCF represented by senior cadets and staff who will be in uniform. In past years, we have, of course, marched with the British Legion to Wolvercote, for a service at the war Memorial in the churchyard, however this year, we will pay our respects here on School grounds.

The service will led by the chaplain and the Warden, supported by the Brass Group, with the Last Post, Reveille and various hymns. The Bursar will play the bagpipes, and there will be a special guest speaker in attendance.

To join in with the Festival of Remembrance (Faure Requiem) on Sunday evening – log on to the Teddies Presents webpage here on Sunday 8th November at 7:30pm. 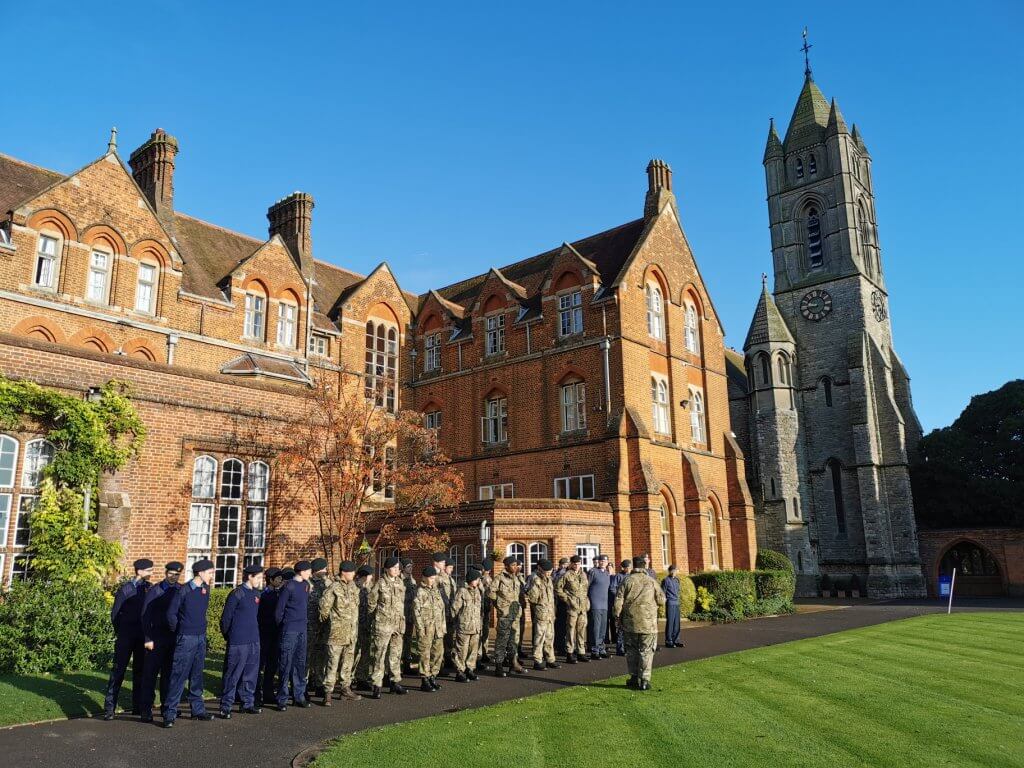 The CCF preparing to march to Wolvercote last year