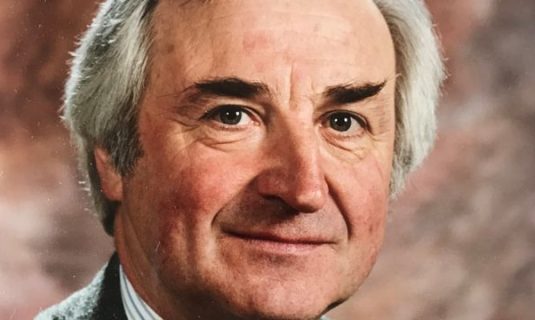 The following obituary was taken from the ‘Eastern Daily Press’

One of Norfolk’s largest farm businesses spanning more than 10,000 acres was run by Rob den Engelse, who has died aged 86 at his Wroxham home.

In a career spanning four decades he managed large farms in Norfolk, Cambridgeshire, Buckinghamshire and Yorkshire.

As a highly-respected farm manager, he addressed the Oxford Farming Conference in 1973 and was a past chairman of UKF (United Kingdom Fertilisers) discussion group.

He was a founder member and first chairman of the highly-influential (Norfolk) Mardlers discussion group, which first met on May 19, 1965 at Charles Wharton’s Winsford Hall farm.

For three years from 1985, he was secretary to Stalham Farmers’ Club, the country’s oldest, and remained a member.

A lifelong sailing enthusiast, he decided aged 60 to become an instructor and obtained the Royal Yachting Association’s (RYA’s) qualifications.

In a brief funeral address, the Rev Neville Khambatta, who had known him for more than 20 years and ran the RYA training school, said that Rob was “a gentle and quiet unassuming man.”

Born on June 4, 1935, he was educated at Taverham Hall, and St Edward’s School, Oxford. He did his National Service in the Royal Artillery at Plymouth and was commissioned second lieutenant in 1956.

He went up to Emmanuel College, Cambridge, to read natural sciences and then also completed a two-year diploma in agriculture in 1960.

Mr den Engelse then worked abroad gaining further experience before starting his career in farm management in 1961 at two of East Anglian Real Property’s (EARP’s) farms at Paston, near North Walsham, and Southrepps, near Cromer.

He became EARP’s general manager in 1969 on the retirement of his father, Adriaan, who had come to Norfolk in 1925 from his native Holland.

The industrialist, Van Rossum, who was a leading force in starting Britain’s first modern beet sugar factory in 1912 at Cantley, had started buying land to grow the crop from 1923. As more land was bought, in 1936 the East Anglian Real Property Company was formally established, which was then managed by his father.

In 1978, when he left EARP, it had farms across Norfolk from Palgrave and Sporle, near Swaffham, Guestwick, near Reepham, and also had one of the county’s biggest dairy herds with 600 cows at Cantley. Later, EARP was bought by the National Coal Board’s pension fund, sold and broken up.

He was a founder director of Aylsham Grain Store and Marketing co-operative and also served on Anglian Water Authority’s Norfolk and Suffolk land drainage committee between 1974 and 1989.

He held a succession of senior management and agronomist roles in Cambridgeshire, Yorkshire and Buckinghamshire.

He was farms directors of March-based David Johnson Farms until 1981. He also worked for land agents Smiths Woolley in the farms’ department back in Norfolk advising on estate management.

He had a number of roles during six years including membership recruitment and an agronomist with Loddon-based Anglian Produce, which became the country’s largest potato growers’ co-operative, until 1991.

A keen tennis player, sailing was always his first love. He bought an Ernest Woods river cruiser, Will o’ the Wisp in 1998 – built in 1935 – matching his age.

Determined to help people, especially youngsters learn to sail, he encouraged so many to share his passion. He taught visitors hiring boats from Hoveton and Upton yacht stations to learn the skill of sailing keel boats on the Broads.

Married to Ann in 1962, he leaves two children, Annalisa and Anton, and four grandchildren. He died on August 31 and a funeral has taken place.