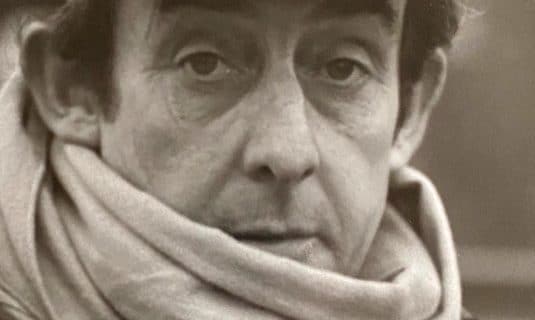 The following obituary was written by Patrick Kidd and ran in ‘The Times’ on 1st September 2021.

On Monday August 9, 1948, The Times celebrated an Olympic gold medal by one of its own when Dickie Burnell, the newspaper’s rowing correspondent, and Bert Bushnell won the final of the men’s double sculls. It was one of only three golds won by the host nation at those Games in London. Gripped by the competition as he watched from his father’s boat beside the course at Henley-on-Thames was an 11-year-old boy who more than 40 years later would follow Burnell, with pen if not quite with oar, and report on a golden period of British Olympic success.

Over the 18 years, beginning in 1989, that Mike Rosewell wrote about rowing for The Times, the sport was Britain’s banker — and at Atlanta in 1996 the nation’s only gold medal. From Steve Redgrave and Matthew Pinsent a chain of excellence was created, peaking with nine medals, four of them gold, at the 2012 Olympics, the first held in London since 1948. Though Rosewell had retired by then, he was at Eton Dorney to cheer on the crews, many of whom he had known since they were teenagers. His enthusiasm for school rowing and his nurturing of young talent were hallmarks.

One of those he spotted was Katherine Grainger, who was encouraged by Rosewell to try out for the Great Britain squad. In 2012, after six world titles and three Olympic silver medals, she finally won gold in the double sculls, earning a hug from a delighted Rosewell. “He followed my career from the very beginning and his presence at regattas was always welcome and somehow reassuring,” she said. “He could tell some hard truths when they were necessary but he had the skills of every great teacher at being able to deliver feedback in the most encouraging way.”

Michael John Rosewell, born in 1937, came from a background that had more in common with Bushnell, the son of a Berkshire boatbuilder, than the Old Etonian Burnell. The Thames flowed through his veins. Rosewell by name, rows well by nature. He could trace Thames watermen in his family tree back to 1671, first at Marlow and since 1862 at Walton-on-Thames and Shepperton, where his grandfather, Bruno, built a boathouse for the new Walton Rowing Club.

As a boy Rosewell helped his grandfather and father to rescue people during a winter of bad flooding. “I think I was seven or eight when I first saw a body being pulled out of the river,” he recalled. “If anyone drowned I would be in my grandfather’s boat.” The rewards differed according to where the bodies were landed. If they were taken to the Middlesex side of the river, the watermen received 7s 6d, but it was just five shillings if they were taken to Surrey.

His father, Jack, was also a talented coach, who taught generations of young rowers how to control a boat before applying lots of power, and a craftsman, who almost singlehandedly built a boathouse for St George’s College, Weybridge, although he had to spend time in hospital after getting an electric shock when he drilled through a mains cable.

Though not tall, Rosewell rowed in several successful Walton crews in the 1950s, reaching the final of the Wyfold Challenge Cup for coxless fours at Henley Royal Regatta in 1959. He met his future wife, Jill Orriss, a skilled cox, at the Chertsey and Shepperton Regatta. They married in 1961 and had three children: Anna, Daniel and Michelle, who died in 2012. His first two children and his wife survive him.

Rosewell attended Woking Grammar School and the London School of Economics before embarking on a career that would always be part teaching, part coaching and part writing. It was while teaching at Ealing Grammar School in the early 1960s that he started as a journalist on the Surrey Herald and he contributed to Rowing magazine from 1968.

From Ealing, he moved to St George’s, where he was challenged by the headmaster, Father Peter Murtough, to raise the prestige of the school by building a rowing reputation from his father’s boathouse. Under Rosewell’s coaching, they held their own against established crews from Eton, Radley and Hampton and produced athletes who competed in the university Boat Race. Rosewell gave the best pre-race talks, designed to still butterflies and raise confidence.

In 1976 he turned down the offer of a teaching job at Eton and took a post as head of economics and rowing at St Edward’s school in Oxford, where he stayed until retirement in 1995, and as a visiting coach until 2005, producing two Olympic oarsmen and many successful club rowers, whom he proudly referred to as “my Teddies”. In time he spread his experience around the city. He coached Oxford’s women’s Boat Race crew from 1979 to 1987 and several college crews. He also became rowing correspondent of The Oxford Times in 1976, a role he held until 2014.

Rosewell owed his break at this newspaper to the unquenchable thirst of Burnell’s successor, Jim Railton, who wrote colourfully but often unreliably, especially after lunch. Having been bailed out by colleagues on several occasions, Railton’s failure one year to file from Henley led to his job being offered to a man who was only a year younger.

That is not to say that Rosewell didn’t enjoy a drink and a good time himself; he was just able to contain himself until he had filed. Once a year he would be found on the balcony of Room 124 in the Hotel des Alpes at the Lucerne regatta declaring “I could drink that!”, the toast of the British Association of Rowing Journalists, and he had a playful taste for tomfoolery, such as when he formed a kazoo orchestra to perform Deutschland über Alles and Always Look on the Bright Side of Life at a regatta in Munich. At a world championships in Aiguebelette, France, he borrowed from a Peter Cook sketch and blamed feeling tired one morning on Brigitte Bardot pestering him all night for sex.

Rosewell was the official timekeeper for the Boat Race for 12 years. His biggest regret came when he missed the race in 2003 after breaking his elbow when he tripped on a paving stone on his way to the weigh-in. Oxford won by one foot. Three years later he suffered a more embarrassing moment involving the race when, having gone out on a launch to watch the trial eights race, he returned to Putney to find that the Thames had risen higher than expected and swamped his car, parked outside a boathouse. Not only was the vehicle a write-off, he lamented, The Times didn’t even have room for his race report.

All these setbacks were soon chuckled off with a Rosewell catchphrase that reflected his pragmatism and optimism. “It can’t be too bad” was his standard response to triumph and disaster, a recognition that while time and tide wait for no man, all that really matters is how you scull life’s boat.