History illuminates the past and gives meaning to the present. More than ever, an education in History is fundamental to understanding the world in which we live.

The History Department prides itself on delivering a dynamic and high-quality learning experience to pupils. The teachers in the department are specialists in various periods of History, bringing to the classroom the debates and questions historians use to examine the subject today. We seek to inspire pupils of all abilities and deliver forward-thinking pedagogy. The fast-evolving demand for greater social awareness in society means that History teachers today have an important responsibility to deliver an education that enlightens the past and connects with the present. The History Department at St Edward’s is excited to have the opportunity to be in keeping with current global developments through the provision of a broad curriculum where lessons are in touch with and influenced by educational research.

Rooted in an enquiry-based approach to learning, pupils begin their studies in History at school in the Shell year by completing a local history study on Oxford. They then examine the growth of democracy in Britain followed by a collaborative magazine task on a major historical anniversary or figure.

In the Fourth and Fifth Form, pupils study either for the Edexcel IGCSE or the St Edward’s School Certificate (SESC). The IGCSE course looks at Germany 1918-45, the USA 1918-41, The USSR 1924-53, and China 1900-89. The SESC is a new and exciting qualification that has been developed at St Edward’s and provides an opportunity to teach and assess History with a level of creativity and imagination that is not restricted by exam board specifications. Pupils get the opportunity to interrogate the past by addressing questions that pertain to present developments, such as debates surrounding the legacy of the Slave Trade and the controversy of statues.

In the Sixth Form, pupils complete either the IB or A level OCR course. At IB, pupils study topics including US and South African Civil Rights, the French Revolution and Napoleon and Authoritarian States. At A level, pupils choose to study either the Modern or Medieval-Early Modern course. On the Modern strand, pupils complete units on the 20th century Middle Eastern conflict, the French Revolution and interpretations of Churchill. On the Medieval-Early Modern strand pupils study the Crusades, the Medieval Church and Heresy, the reign of Elizabeth I and eminent women in the Wars of the Roses.

We are a thriving and busy department, with a particularly rich and active extra-curricular range of lectures, societies and visits to enhance pupils’ enjoyment and understanding of the subject. History at St Edward’s goes far beyond the classroom and there are two flourishing History societies. The first is the Blenheim Society which is open to all Sixth Form historians and encourages pupil participation. Professors John Watts, George Garnett, Niall Ferguson, Avi Shlaim and Michael Lynch have given recent talks. The society also includes forums, discussions and talks about various subjects, such as the nature of medieval heresy, sixteenth-century witchcraft, nationalism and the Rwandan genocide. Secondly, the Gibson Society is named after Guy Gibson OSE. This Junior History society is an exciting way for Lower School pupils to develop their interest in the past.  Recently this has included an interactive presentation on the historical accuracy of Hollywood movies and a visit by Holocaust survivor, Freddie Knoeller.

A significant number of pupils go on to read History at Russell Group universities. During the Michaelmas term Oxbridge candidates pursue an intellectually rigorous and demanding programme exploring themes such as historical interpretation and the epistemological foundations of the past.

The History Department has an active Instagram account which gives daily ‘This Day in History’ posts written by Sixth Form History pupils. As well as this, the account publishes celebrations of pupil work and updates on events. Please do have a look and follow @teddies_history on Instagram. 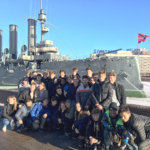 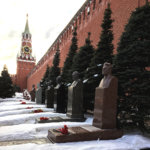 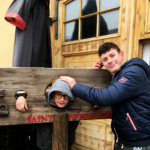 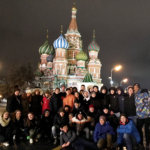 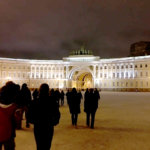 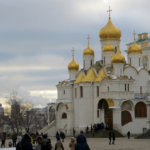 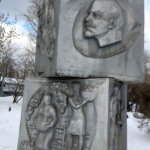 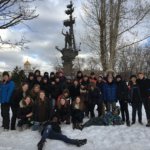