On Wednesday night our pupils were lucky enough to hear from Professor Myles Allen, climate research lead at the University of Oxford, who visited the School for a discussion ahead of the COP26 UN Climate Change Conference in Glasgow at the end of this month. Professor Allen spoke and led a discussion on ‘What will it take to stop global warming? Hopes and fears  for COP26’.

‘Myles Allen stated that levels of carbon dioxide in the atmosphere are the biggest concern regarding climate change as they are directly linked to an increase in the average global temperature. The longer we refuse to act on reducing levels of CO2 the harder and more expensive it will be to come up with the solution in the future.

The objective set by scientists is to meet a 1.5 °C increase target which is possible but would require deep emission reductions and rapid, far-reaching and unprecedented changes in all aspects of society.  The adaptation techniques he mentioned were producing electricity through lower emission methods, renewable energy solutions, nuclear energy and a ban on coal. However, in his opinion, the only effective strategies in mitigating climate change globally are carbon dioxide removal technologies such as Carbon Capture and Storage (CSS), even though the feasibility of massive-scale deployment of these technologies remains an open question, with areas of uncertainty regarding technology upscaling, governance, ethical issues, policy and carbon cycle.

The professor persuaded us that the only entities who have the required engineering and economic resources for CCS are oil companies who created the problem in the first place and should be made responsible for the major contribution to the global problem. “CCS should be mandatory” he said. Fossil fuels should be decarbonised because carbon dioxide is a waste which does not have any use therefore should be recaptured and safely disposed of. Currently we capture about 0.1% of CO2, and by 2050 it should be 100% to meet the target. He also mentioned that natural solutions alone, like planting trees, will not solve the problem on a required scale but are necessary and helpful.

He said the greatest issue is economic along with the political rejection of real solutions. Introducing consumer taxes will help, as their effect on price will be minimal, but taxes will not sponsor the solution fully, therefore individual firms will have to take part. The other problem is that most of the countries which burn fossil fuels in significant amounts are not participating in agreements on reducing emissions. Unfortunately, most of the countries which are in these agreements are already on the right path, so these agreements do not make much difference.’ 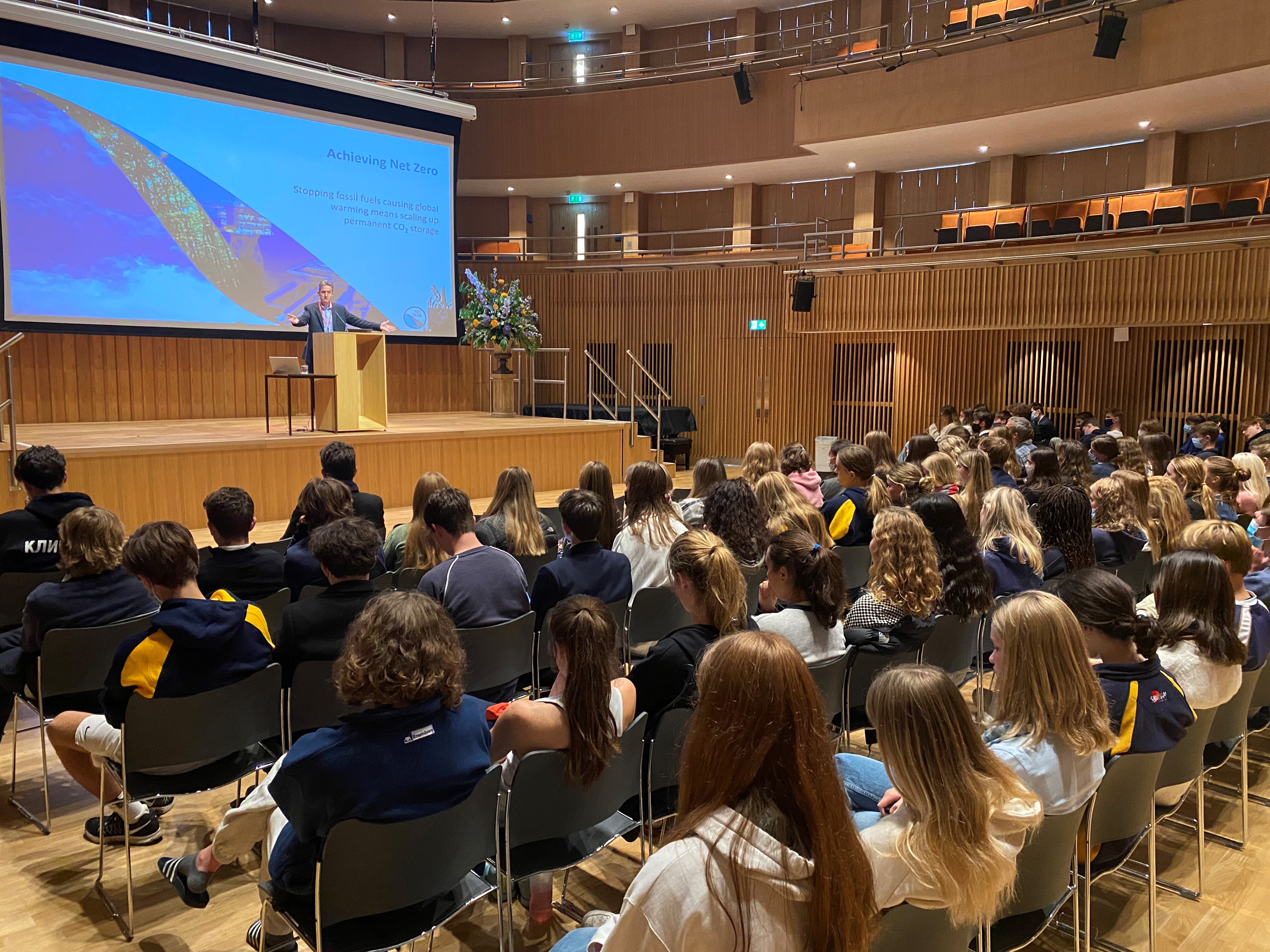