The postponing of Henley Regatta to the middle of August meant an extended commitment from the senior rowers, however it proved to be a very rewarding time for all involved with some fantastic results from both crews. Head of Rowing, Adam Moffatt, tells the tale of the week:

Preparations for the event had been going on all year and after some time at home at the end of the summer term, the boys’ 1st VIII and girls’ 1st 4X met back at school, four weeks before Henley Royal Regatta started. The group completed a two-week camp training in Oxford where we were kindly hosted by Radley College, allowing training to take place on a longer stretch of river with less traffic than on our home stretch of Port Meadow. In the week before HRR we set off to Chester, final preparations picked up pace and we were once again hosted fantastically by The King’s School and University of Chester.

We arrived two days before the regatta started, allowing time for both boats to have a few training sessions on the course and to soak up the atmosphere that was building. The regatta started on Wednesday for the 4X and Thursday for the VIII who had a bye awarded to them for early season results. 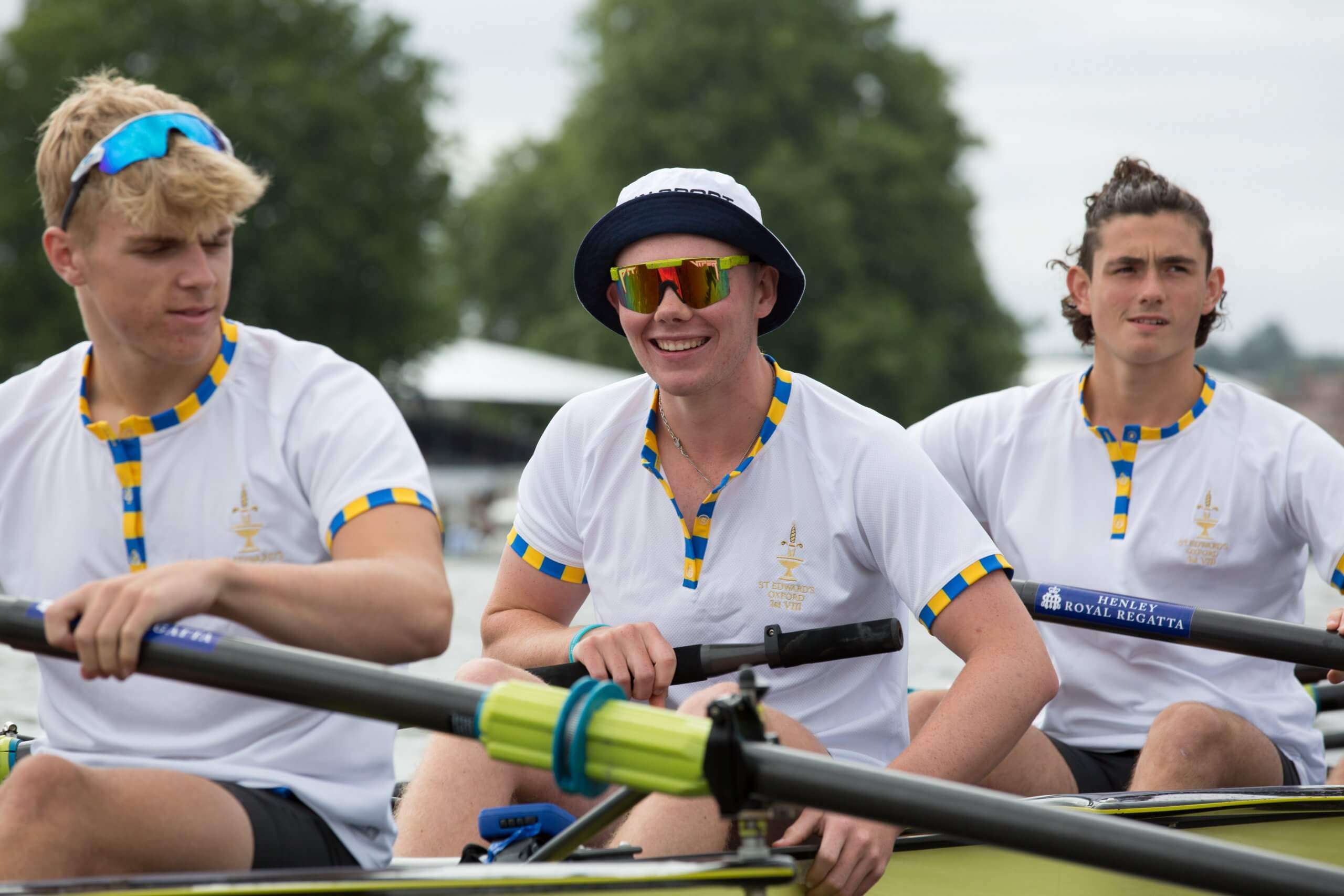 Nerves were high as for many as this was the first time a St Edward’s girls’ crew had raced at HRR but the crew were not phased. They raced Reading Rowing Club and from the start dominated the race, moving out to an early lead and allowing them time to bring the pace down and enjoy rowing through the crowds in the finish enclosure. 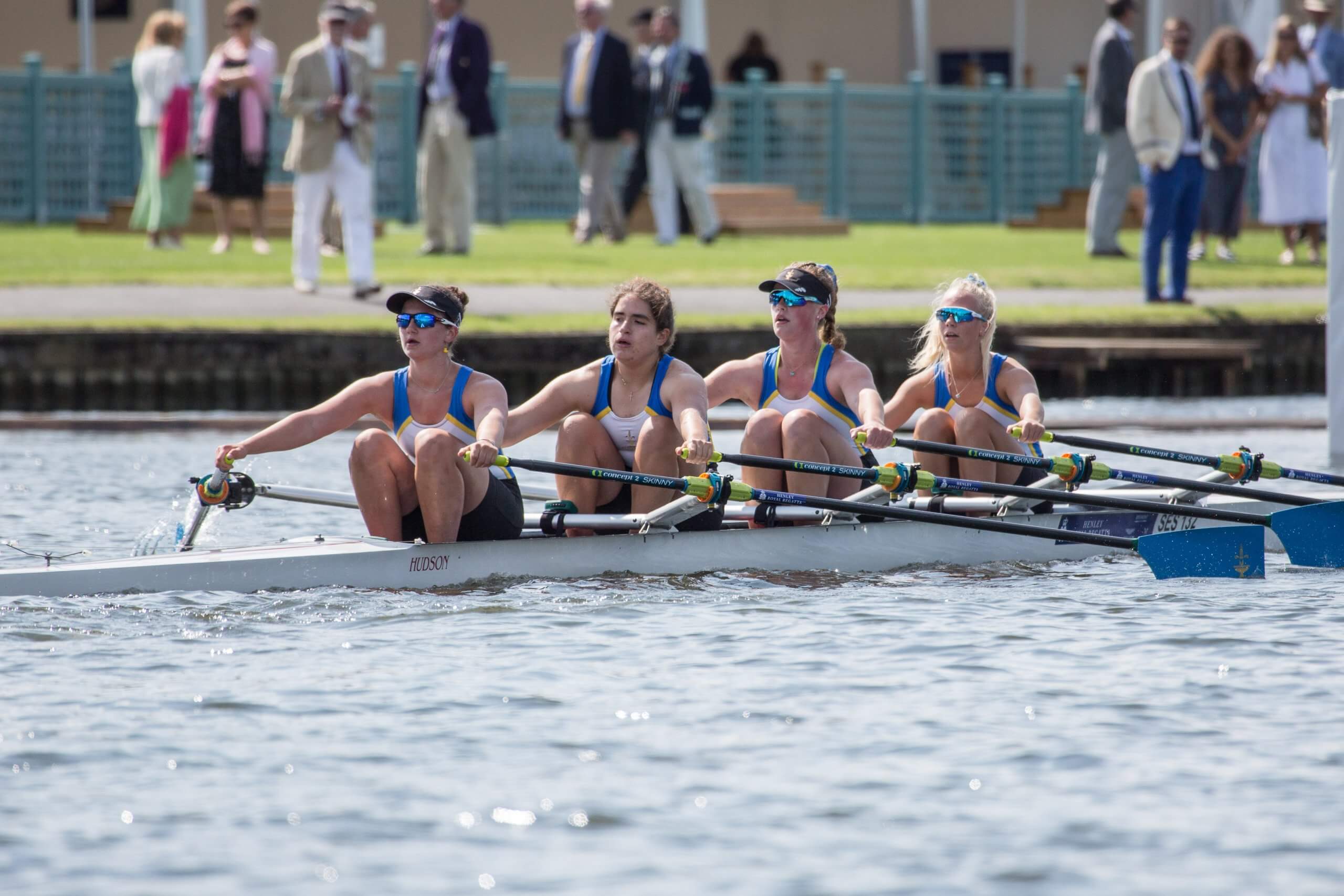 The VIII started their campaign against Monmouth School who on the previous day knocked our kind hosts from Chester out of the event. The VIII started strong and quickly took a boat-lengths lead which they extended to a comfortable distance. A good race to settle the nerves and appreciate rowing down the course.

The 4X raced a ‘selected’ crew from York City RC who had beaten the girls on time in an event earlier in the summer, it was set up to be a hard race. A clean start saw the 4X take an early lead and over the first half of the course they settled onto a rhythm that York were unable to compete with. The 4X extended the distance over York to a comfortable margin and booked their place in the Quarter Finals. 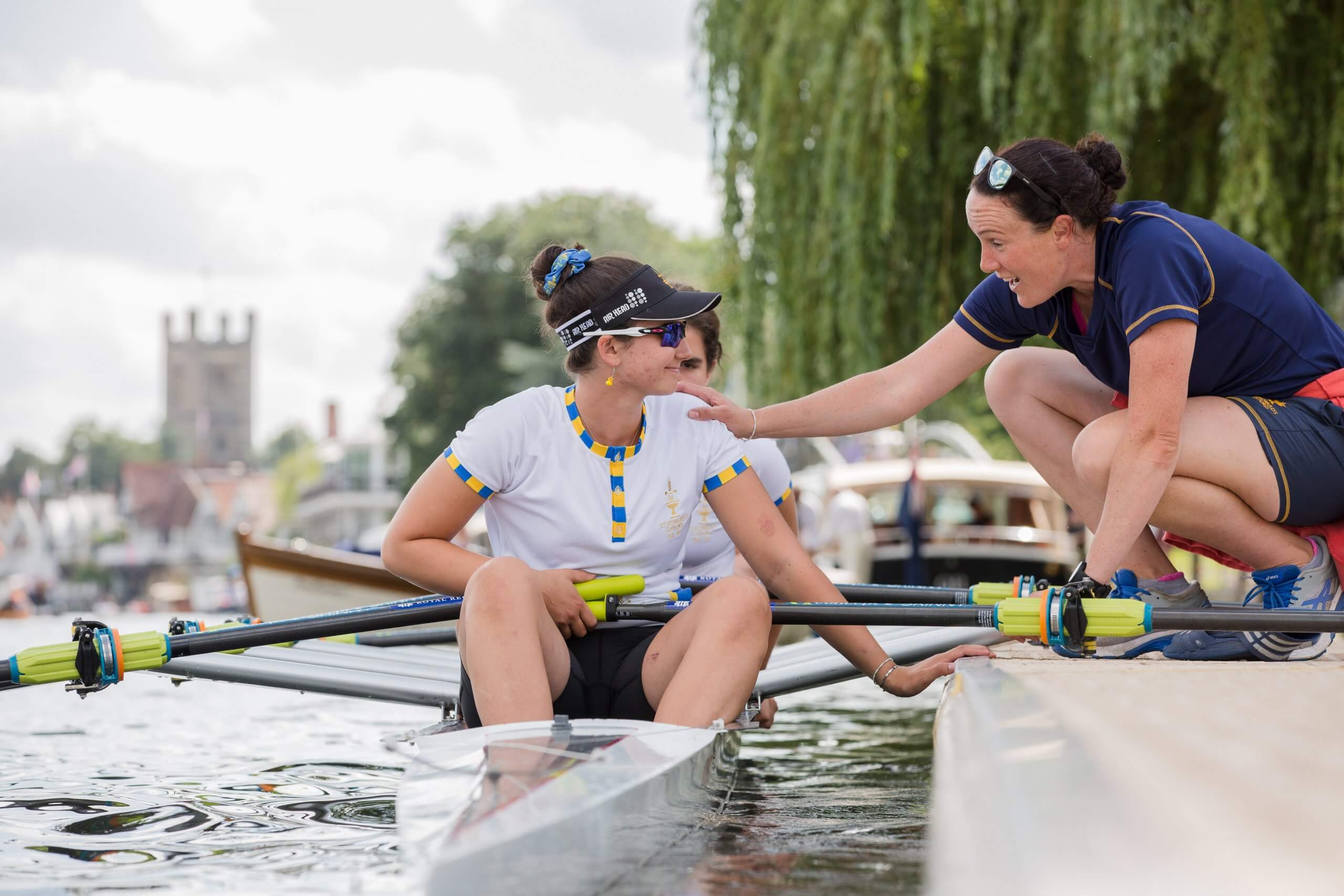 The quality of the crews racing increases throughout the week and Friday was a big test for both the VIII & 4X. First up was the 8+ who raced local rivals Abingdon School. Both crews had a fast start but it was clear that Abingdon were looking to break the Teddies VIII spirits early on and within 2 minutes had almost a one length boat lead. The VIII stayed calm and within a minute were holding Abingdon and starting to move back onto level terms, and before long they were moving away from Abingdon! The commentators were quick to praise the Teddies VIII for the level of maturity and skill on show was top level, and to come back from a length in an VIII showed the strength of the crew. Final verdict, 2 length win to Tedddies and onto the Semi-Final.

The 4X were really starting to enjoy themselves and confidence was growing, rightly so! They raced Shiplake College ‘B’ who throughout the year had proved to be one of the strongest squads on the circuit.  However, once again the 4X set about taking an early lead and although they could never ease off, there was enough clear water between them & Shiplake to always be in control. A place in the Semi-Final was booked; not bad for their first time in the event! 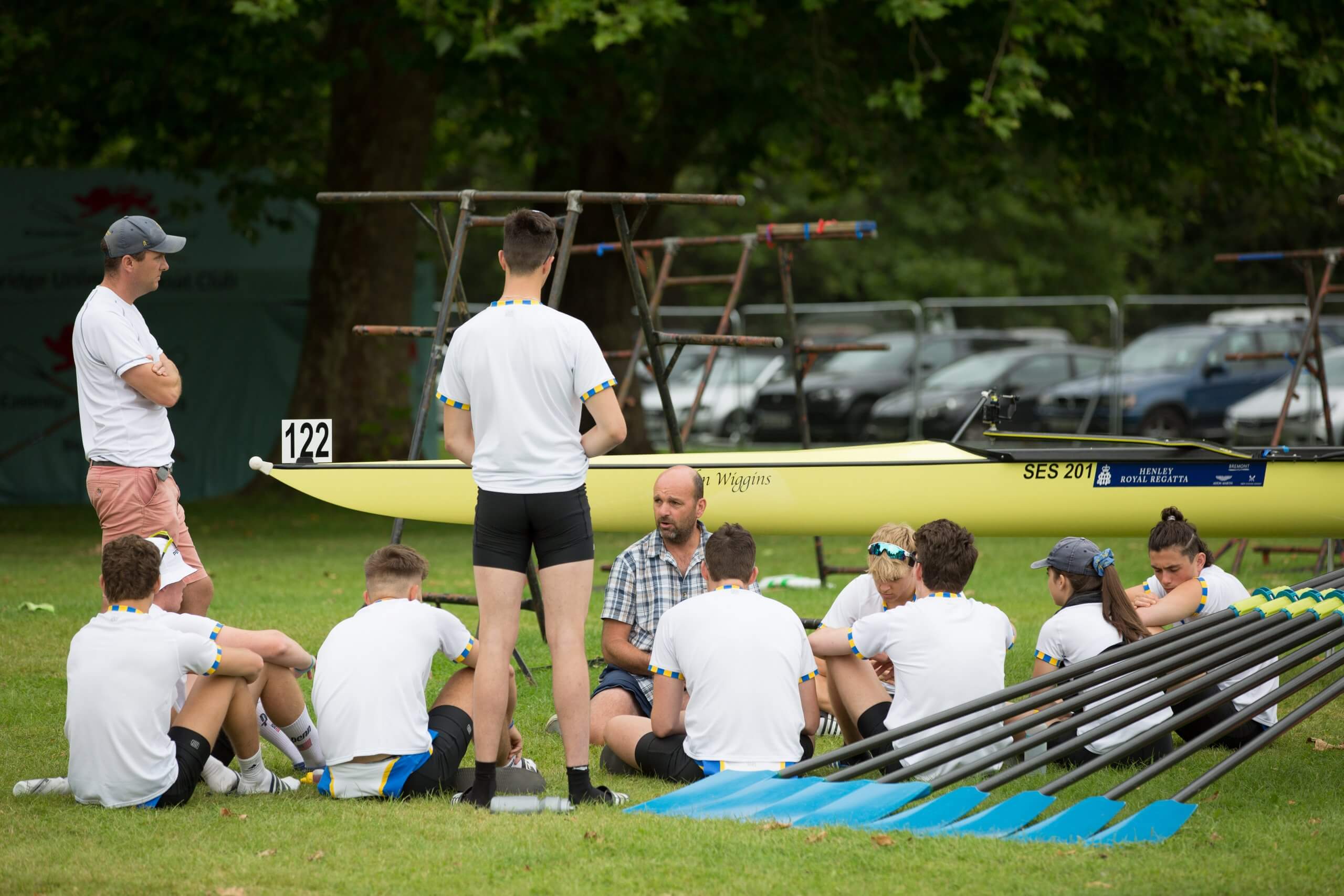 The VIII raced what proved to be the winners of the event, Eton College. Eton came into the event as National Champions and were rightly the favourites. They had an exceptional start and although the Teddies VIII moved back through the second half, the damage had been done and Eton took the victory by 1 ¼ lengths.

The 4X raced Marlow who were sliver medalists at the National Schools’ Regatta earlier in the summer. They put together a good race, applying pressure throughout but on this occasion,  Marlow proved too strong and took the win.

For both crews to make the semi-final of Henley Royal Regatta is a first for a co-educational school and one that all involved (which is many people!) should be proud of. The VIII & 4X consisted of 14 athletes, only 4 of which were in the Upper Sixth.  With most of the group returning for the following season and strength and depth coming through the ranks in both the boys and girls squads, 2021/22 is one to look forward to!  A big thank you to everyone who helped support both the 4X and VIII throughout the summer and especially their coaches, Natasha Townsend & Jonny Singfield. 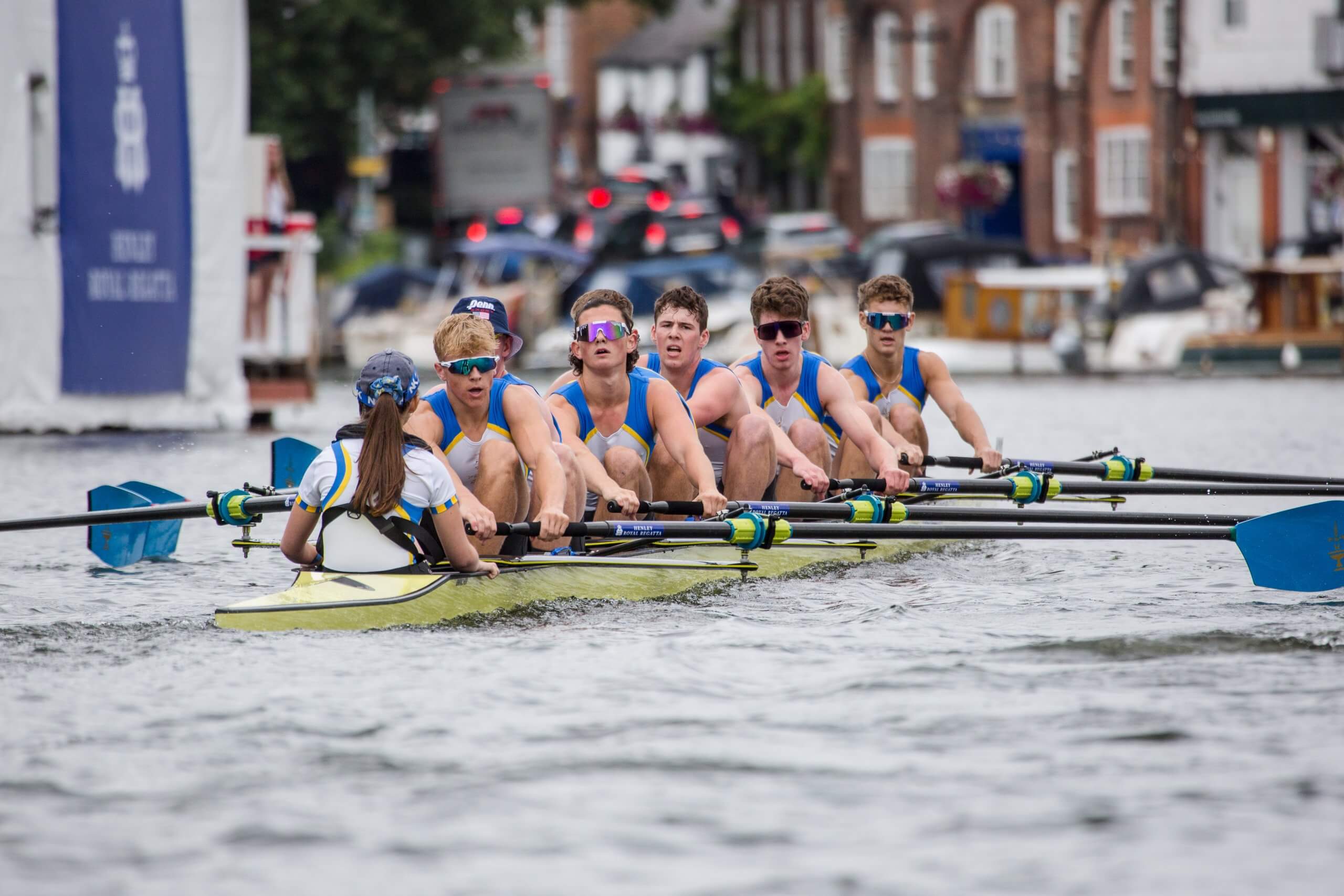 Crews listed below. The year reflects their school year from 2020-2021.