Dance for All at St Edward’s

‘I don’t really know why, but we’ve never had that attitude here. I think we’ve just got great pupils that encourage each other.’ So says Lisa Elkins, our Head of Dance, when asked if there’s any smirking about boys in the 1st Rowing VIII doing ballet.

In fact, Lisa goes on to say that ballet and rowing, or rugby, or netball – where footwork and elevation are key – or any other sport for that matter work beautifully together. ‘I’ve done some work-outs with the 1st XV Rugby team,’ she says ‘you develop great core strength and flexibility dancing, and this helps enormously on the pitch. Rugby players may be very fit and able to sustain a 90-minute game, and they can probably get their dance partner up in the air for a lift, but can they sustain it? That requires core strength, and that is impressive, and the pupils know that.’

Lisa, who also coaches netball, believes that dance and sport absolutely complement each other and make for a more rounded athlete. Guy Wheeler, a Lower Sixth pupil who favours the Contemporary Duet class agrees: ‘This year I have made it into the 1st VIII rowing squad after 3 years of training. This is also the year I have picked up dance, and the athleticism gained from sport paired with the coordination and manoeuvrability from dance has combined to make me be much better at both.’ Sixth Former Ruby Faulkner (pictured below) takes three classes a week in Funk Fusion, Freestyle and Jazz and also plays in the Hockey and Netball 1st teams. She also sees the benefits of this combined athletic approach: ‘Freestyle has pushed me most out of my comfort zone and been the most demanding in terms of developing my flexibility and strength, which I have found incredibly rewarding.’ 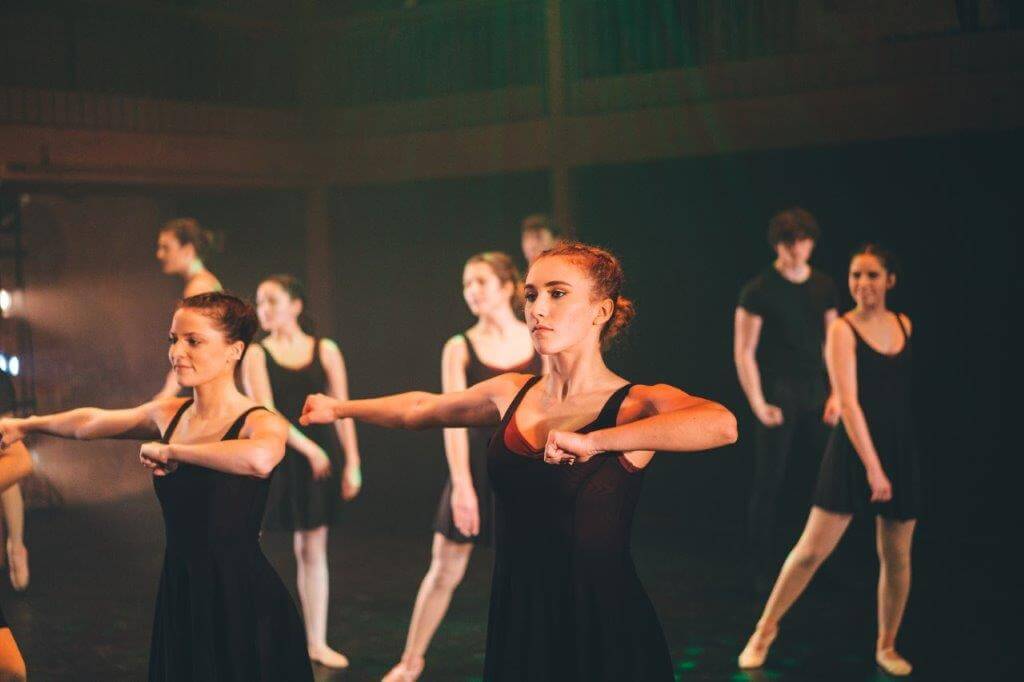 St Edward’s has always had a strong reputation in the traditional sports, and now sports such as sailing, girls’ cricket, and football are gaining ground with girls’ rugby starting this year. There is something for everyone. Dance is a widely practiced and highly respected activity in all years, and for both boys and girls, underlining our truly co-curricular ethos, and a notably reducing emphasis on ‘girls’ and ‘boys’ sports.

Lisa, who has been at the school for 20 years, identifies the reasons for the growing popularity amongst pupils for dance. All pupils are actively encouraged to give it a go from the very start of their school career – and more and more pupils do. Being an all-rounder is considered important here. Of course, some pupils excel in different areas, but even the very best dancers will still have to turn up to games to be with their peers and improve their fitness, and during exams, pupils will still be expected to attend their dance lessons. ‘Even if they are stressed, they come into the studio- a different space – leave their revision for 45 minutes, enjoy themselves, get the blood flowing, then go back to their work. It’s good for their well-being and concentration.’

In recent years there have also been several excellent dancers at the school – both boys and girls – who have really inspired younger pupils and made dance inspirational and ‘hip’. Being a top dancer is akin to being a top sportsman, just as being an excellent debater, musician or academic is applauded in this supportive school community. As pupil Ruby Faulkner puts it ‘There is a continuing increase in 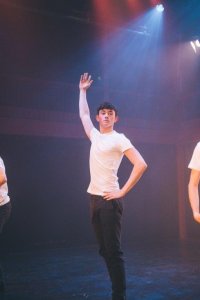 the number of boys signing up and I know that the boys that dance are really admired by younger pupils.’ There are still nerves, of course, but the supportive nature of other pupils means that dancers of all levels feel that they can perform in front of the School. As Guy Wheeler (pictured right) says: ‘I don’t find dance here to be gendered at all. I was initially worried about performing as I’d never considered myself graceful or coordinated, but I ended up really enjoying the Dance Shows at Teddies, and I look forward to dancing in them- even if the notion does still scare me.’

We now attract pupils specifically for our strong Dance Programme. 9 full time Dance Teachers take 90 classes across the week that include ballet, contemporary, tap, modern, jazz, freestyle, hip-hop, street, funk-fusion, cheerleading, Latin American and Acro. That said we’re not a dance school, and you can wear what you feel comfortable in – dance or ballet wear or sports kit is acceptable – another reason Lisa thinks it is more accessible to all.

In terms of facilities, our own North Wall Arts Centre on school grounds, acts as a vibrant purpose-built home for dance with studios and an intimate stage, where the pupils can both perform and get involved with the production aspect of the Schools’ many shows. The public programme also inspires. As a result of this pioneering facility, Teddies pupils have an excellent track record on stage and screen and in the wider creative industries, and dance at the School is absolutely thriving.

Watch the film below for a taste of Dance at Teddies.