The Teddies Bees and their delicious honey is a lovely aspect of life at the School. A loyal band of staff and pupils look after the hives throughout the year, and were recently mobilised to take action against a policy that threatened to harm bee populations across the country. Ms Riddle takes up the story:

The beekeepers at Teddies became concerned when, at the start of this year, the Government made the decision to allow the use of pesticides that are believed to be harmful to bees and other insect pollinators. The group of pesticides, known as neonicotinoids, is banned by the EU, but was approved in the UK earlier this year to mitigate the destruction of sugar beet by a crop virus. The beekeeping community here decided to take action by writing to our local MP, Layla Moran, to ask her to help fight the cause. Lower Sixth pupil Isabel Llabres Diaz took the lead, writing a very persuasive letter to Layla Moran, and Leo Wilson, in the Upper Sixth, shared the beekeepers petition with the rest of the School to garner support. 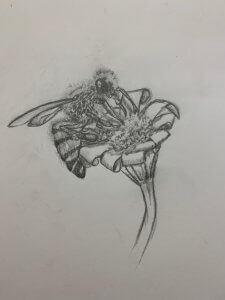 Meanwhile, organisations such as Greenpeace, helped to publicise the potential risk, not only to the bee population, but to the production of other crops that rely on bees for pollination. The good news is that the Government has now recalled their decision, but this is only on a temporary basis and as Layla Moran outlines in her response to Isabel’s letter, there is still much work to do to ensure that neonicotinoids stay out of circulation in the UK.

You can read the letters that the Bee supporters from Teddies sent to Layla Moran MP and her reply by clicking on the thumbnails below. 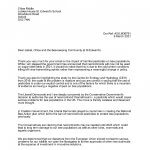 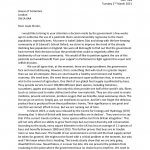 Letter to Layla Moran from the Teddies Beekeepers and supporters