Battle of Britain 80th Anniversary – OSE in the action

The School’s air force contribution is now a well-known and recorded fact in both World Wars, particularly WW2.

Right from the outbreak and the retreat to Dunkirk, OSE were involved in the air war against a better prepared enemy, that well outnumbered them. An estimated twenty-five OSE were already in the skies in these early days and three had already been lost before July 1940 when the Battle of Britain began. 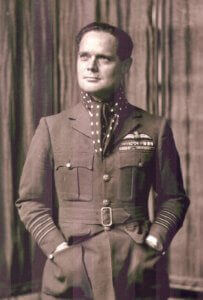 of Duxford with whom he was fully involved, until being shot down and into captivity in August 1941. You can read more about his remarkable life here.

A Spitfire pilot, OSE Nigel Bowen, was killed in action in August.

With thanks to the School Archivist, Chris Nathan