As a wave of uprising continues to spread across the world following the death of George Floyd at the hands of police in the USA, Teddies wants to make absolutely sure that as a school, we are open and engaged with the debate.

A petition signed by some 300 former and current pupils of Teddies has been sent to the Warden by Alice Owen-Lloyd and Miriam Kremer OSE, asking that we make anti-racism a core part of the curriculum. 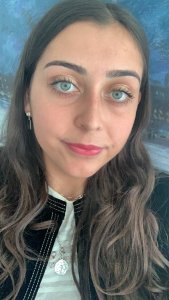 Alice writes:  ‘Miriam and I attended St. Edward’s, graduating in 2015. I only joined in the Sixth Form, however, Miriam started from Shells. We are deeply appreciative of the opportunities St. Edward’s granted us and since leaving we have gone on to study at University. Miriam went on to study Psychology and Sociology at the University of West Anglia. I went on to study French and History of Art at the University of Bristol, and I shall be completing my BA shortly. We wanted to write this letter to you, which arguably should have been written sooner, in light of recent circumstances, to address the nationwide erasure of certain histories from our education. Black British history, colonial history, LGBTQ+ history, and migration history are among these. 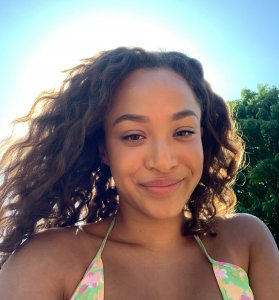 deprived me of. I was given opportunities to study the work of African filmmakers such as Ousmane Sembène, and the work of African writers such as Maryse Condé, all of which introduced me to the atrocities of colonialism from an Afrocentric perspective. When we had to explain why we had chosen to study these cultural modules, 90% of the class claimed they “didn’t know anything about this topic”.

Being the headmaster of a large private educational institution, we believe you have the power to make a change to these serious gaps in the curriculum. We hope our letter will, if anything, help to emphasise the urgency of the matter.’

A view from a current pupil

Harrison Wells has written eloquently for our weekly E News publication, and spoken at a House assembly about his own hopes and beliefs, and how he thinks everyone can bring about positive change in their own lives. 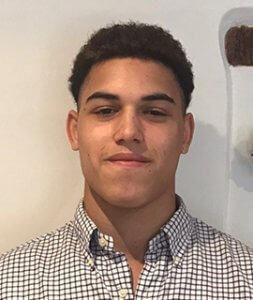 He says: ‘I believe that this movement has not only inspired thousands to fight for justice and to speak up for a great cause, but it has also inspired people who were not yet educated in this area to begin to do so themselves. By educating yourself on the history of race and civil rights you can not only make yourself a better person, but also those around you, whether those people are your family or friends.

For those of you who think this is not Britain’s fight, the UK is not innocent when it comes to racism, as I’m sure many of you are aware. It is particularly evident by the presence of statues of former colonists, slave owners and white supremacists. Many other countries have had the same issue when it comes to educating its population and having a dark history as a nation; in Germany there are no statues of Nazis and as stated by the law, students are required to learn every detail of the Holocaust not to feel guilty, but so that they are aware of every aspect of their countries past not just a sugar-coated version. I’d encourage you all to use this time to inform yourself of the current issues and to embrace the opportunity for change that it provides.’

The Warden and Mr Cope have now met with Alice and Miriam to discuss their petition, and Mr Cope has reported back on the insightful online meeting:

‘The conversation was wide ranging and all agreed that a lot of thinking and planning was needed to ensure that action was deep rooted and effective. Unsurprisingly education was a central theme and in its very broadest sense.  Both asked the School to work with exam boards to lobby for change as well as looking internally at the PSHE programme and those aspects of the curriculum over which we have more direct control. As they looked back on cherished times within a school they felt had strong values and culture, there was a sense of neglect over issues pertaining to race. Miriam and Alice felt that in general the School was good at listening to pupils and providing support but that more was needed in terms of reaching out to pupils in minority groups. There was also discussion over the diversity of staff at St Edward’s. They also felt the School could and should do more to celebrate the diversity of cultures in the school and in society, particularly via literature, drama, music and art.’

We can’t and wouldn’t want to ignore this justified wave of passion and action, and it is clear that the whole school community must engage in a wider debate about our curriculum, and our practices and culture. This process will, no doubt, be a long and textured one, with no easy fix solution, but Teddies looks forward to finding ways to meet this important challenge.

The Teddies Bees and their delicious honey is a lovely aspect of life at...
10 March 2021 Academic, School Life