Earlier this week, pupils from St Edward’s and nine visiting schools, both state and independent, were extraordinarily fortunate to attend a world-class Classics Conference in The North Wall. Organised by St Edward’s Classics Teacher, Edmund Hunt (his fourth and, sadly, final Conference for Teddies as he retires this summer), and over a year in the making, the Conference invited six world experts to share their knowledge in the field of Greek history and culture, and the civilisation of Persia, with an audience of nearly 200 pupils.

Sixth Former Abi Drennan writes: Classics pupils at St Edward’s and other schools from Oxford and the South East had the exciting opportunity earlier this week to attend a Conference about the year 480 BCE at The North Wall. The most striking aspects of this day were wealth of information available, and the taste of university life for pupils.

The first lecture explored the remaking of Athens following the Persian destruction through a range of perspectives and sources. The speaker, Professor Michael Scott, also provided us with his entertaining commentary on the staged ‘discoveries’ within TV documentaries – an addition that provoked laughter in the auditorium.

Dr Steve Kershaw proceeded to discuss the nature of Barbarians and barbarism featuring themes of identity, politics and civilisation that resonated with so many current issues.

After a short break, our next speaker was Professor Tim Rood, who lectured on the topic of Historiography, essentially the way we think about Greeks and how they wrote history, citing the specific example of 480 BCE, in keeping with the theme of the day.

Having heard about the conflict between Athens and Persia at the battle of Salamis, Marathon and the Persian destruction of Athens, our fourth speaker Dr Richard Stoneman provided us with an insight into a different perspective; that of the Persian leader of the time, Xerxes. This historic figure was explored through his portrayal in literature in order to glean an understanding of the psyche of a Persian King.

Following lunch, Professor Paul Cartledge examined both the Battle of Salamis, but more prominently the idea of Athenian Democracy. This idea has become a pillar of modern society, and it was fascinating to learn more about its origins.

Our day of lectures concluded with a talk on Themistocles’ Triremes from Professor Boris Rankov, who explored the structure and purpose of the immense triple-layered rowing boats, something that held particular interest for those involved in rowing at St Edward’s – myself included!

We thank our six speakers for their illuminating and interesting talks and answers to our questions, on the subject of 480 BCE, we hope to attend a similar event next year. 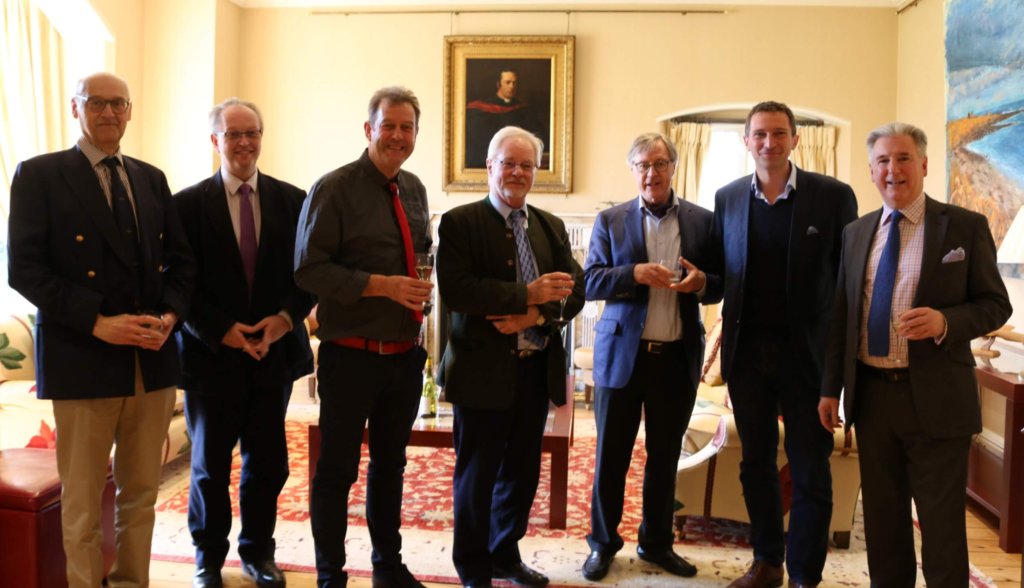