The Truth of the Matter

The actors masterfully translate the Greek and Latin transcript of the 1612 trial of Agostino Tassi for the alleged rape of 15-year-old Artemisia Gentileschi, a gifted painter from Rome, into colloquial English allowing for a more easily understood and coherent performance.

The play does something that, one could argue, the feminist movement has recently lost sight of doing: it proves why women deserve better treatment from society and why their current treatment isn’t fair. A sexist person would say that women are being and have been treated fairly by society because of their reduced rights. This play responds to this stance by showing the strength of women. This sexist idea that women are weak, both physically and emotionally, is the whole reason why sexism exists in the first place, but what this play reminds us is that what society sees as weakness in women is actually a form of strength. Society may see women repeatedly yielding to men throughout history as weakness, but what we forget is that it takes great strength to yield, furthermore, it takes great strength to endure what women have had no choice but to endure, both at the hands of men and at the hands of nature. 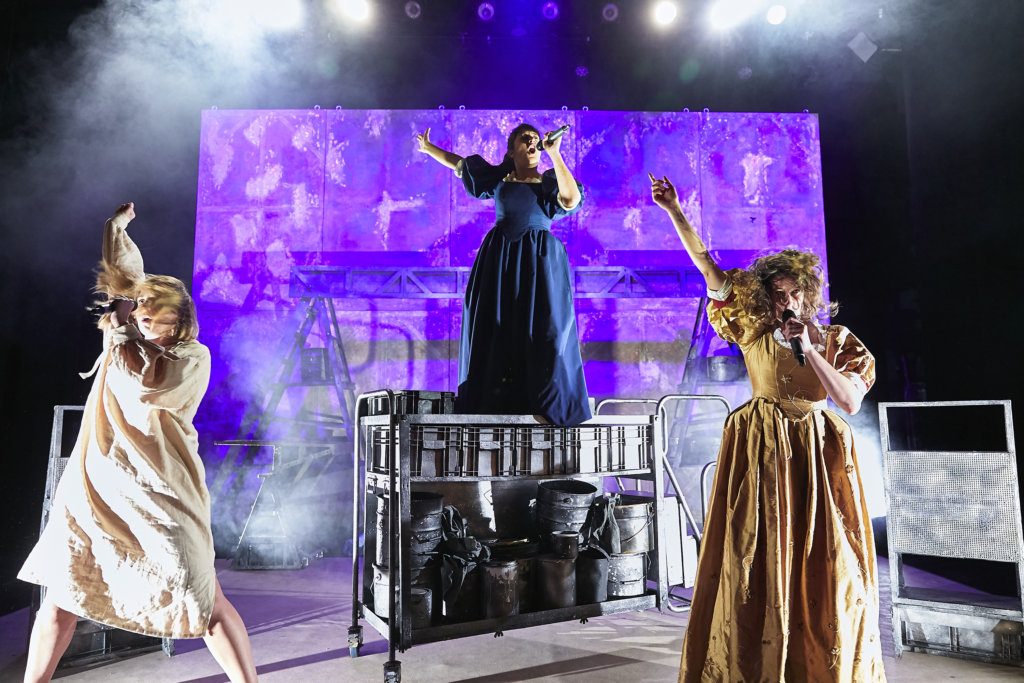 The actors’ use of vivid and unrestrained images of violence and injustice against Artemisia forces the audience to view and absorb horrible things that have happened to women, not just at that time, not just now, but throughout history. This seems a bit gratuitous at first, but by the time the end of the play comes we have been force-fed so many horrific images that we are not only desensitised to what Judith and her maid do to the passed out Holofernes, he who threatens their city, but we feel an odd sense of triumph. We have watched all these scenes of women suffering (seemingly without getting justice as Tassi is only exiled for a few days for his crime), and now we see revenge.

When men take revenge society often glorifies it but when women take revenge society often makes it out to be petty and disproportionate. This play saves women from this unjust double standard – how could we not feel a sense of glory at the success of such a strong woman whom society has failed to beat into submission? The law court tortured Artemisia with thumbscrews to verify her story and in doing so temporarily took away her ability to paint. She still won the trial and we are told that she went on to be a successful painter! We aren’t left with an image of a broken Artemisia, we are left with an image of a strong and victorious Artemisia who didn’t beat her rapist by letting society punish him – it never would. She beat him by living an incredible life in spite of what he did to her, she showed that she was too strong to let a man beat her down. 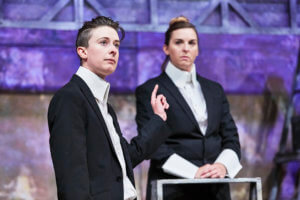 The repetition of the phrase from the title by Artemisia at the end of the play isn’t just a portrayal of her frustration at not being believed but it is also a representation of the anguish that raped women – those who have had the courage to come forward – feel every day of their rapist’s trial, now and always. Women are strong and deserve to be treated fairly by society for many reasons. The underestimation of women by society is proven to be completely ridiculous by this play. I hope its message echoes through the ages, meshing with every society and culture just as the actors meshed the society and culture of the time with our modern society and culture so successfully in the play.

The rapid development of circumstances at the beginning of last year meant that Mr...
23 June 2020 Academic, The Arts

This term the pupils were invited to take part in a poetry competition with...
14 May 2020 General, School Life, The Arts

We really missed the Oakthorpe House Charity Ball and Auction that, very sadly,  had...