Several Lower Sixth pupils enjoyed an off timetable start to their Tuesday afternoons, travelling the short distance up to Wolvercote to the local community farm there, situated on school grounds by the Boathouse on the banks of the River Thames. Rather than a one-off daytrip into the relative tranquillity of a rural farming existence, this was as part of a longer-term project the School has been working with.

For the last couple of years, pupils have been working with local charity FarmAbility – a farm based programme for people with learning disabilities and autism. Working in small groups, supported by a fantastic team of staff, volunteers and pupils, the FarmAbility co-farmers [community farmers] gain a real sense of purpose and achievement, while building the practical and vocational skills they need to move forward in their lives.

Pupils Eva Livingstone, Bunny Lytle and Helena Beccle, who are regular visitors to the project, were joined by first timers Maxi Madrian and Zak Leigh for the activities at the community farm. This week’s trip was particularly special as it coincided with a visit to the newly born lambs alongside some more labour intensive tasks.

There are presently some 50 organisations, clubs, societies and local groups who make use of St Edward’s facilities and grounds. Whilst the FarmAbility project is just one of the many ways pupils play an active role in our local Oxford community. 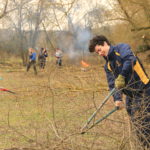 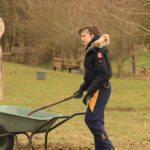 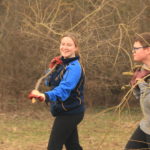 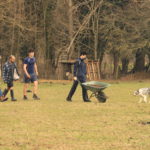 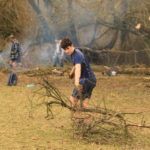 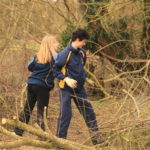 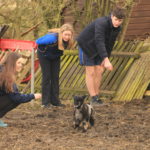