The England Rugby squad returned to St Edward’s this week for another training camp ahead of their Six Nations match against Italy next weekend. The full 25-man training squad took up residence on the hallowed turf of Upper 1 for two days of drills, technical training and strength and conditioning work.

The Georgian national team, who have also been based locally this week at Towcester, joined the squad for a series of sessions, including a controlled match, scrummaging, line outs and semi-opposed set move practices. The squad, who were also joined by England legend and former captain, Will Carling, and international referee, Wayne Barnes, proved quite the attraction, not only for the Teddies pupils but for a large crowd of local schools, rugby clubs and general passers-by, including a fire engine crew, clearly feeling that there was sufficient risk for them to stop and conduct a visual assessment!

The Shell and Fourth Form sports scholars benefited from a session with the strength and conditioning coaching team, including a tour of the futuristic sounding ‘Cryopod’, designed to aid recovery by reducing temperatures to a horrifying -120 degrees! Members of the 1st XV squad had a particularly special treat as they were coached for an hour’s session by scrummaging specialist, Neal Hatley, and none other than England Head Coach Eddie Jones. A full gallery from their training session is available here. 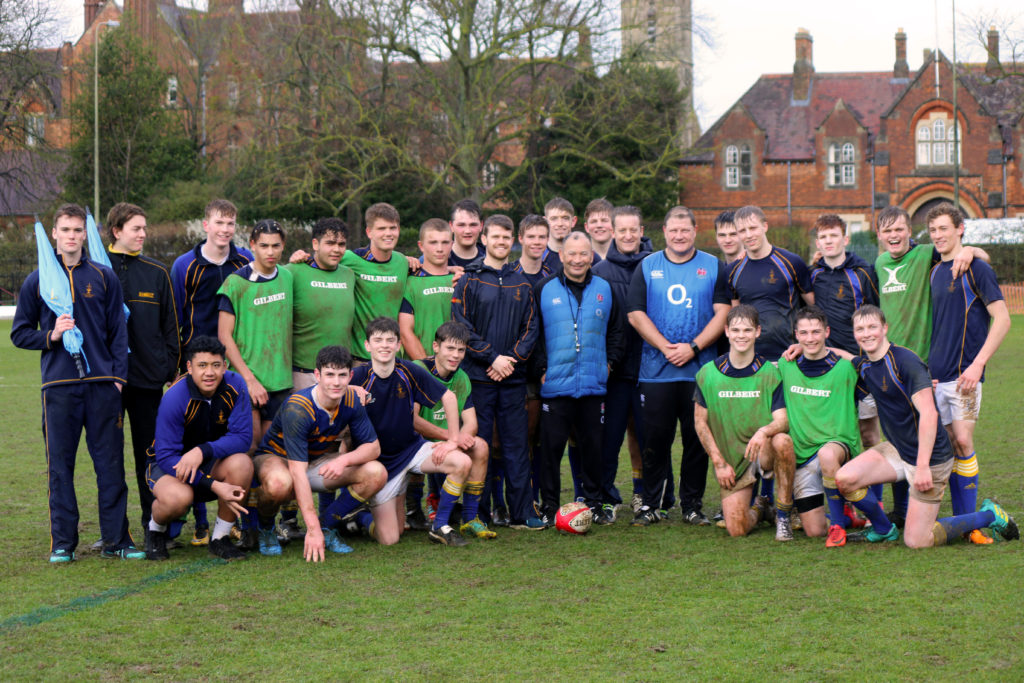