Pupils and staff are today celebrating 10 years of the International Baccalaureate Diploma at St Edward’s with a strong set of results from the School’s biggest ever cohort: 76 pupils representing 50% of the year group. 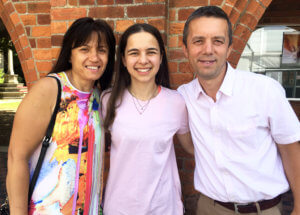 Jack Riddick scored 44 points out of the maximum 45 and will read Philosophy at St Andrews. Armela Lasku scored 42 points and will now take up her place at Oxford University to study Law. Two pupils, Molly van der Heiden and Annabelle Parkhouse, secured places to study Medicine: Molly with 42 points will study at Bristol and Annabelle with 38 points at Imperial. Natalya Meade and Campbell Nelson also scored 42 points: Natalya will study Modern Languages at UCL and Campbell, Chemistry at St Andrews. 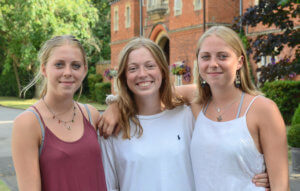 Stephen Jones said, ‘I am absolutely delighted with today’s results. The IB has been embraced by Teddies pupils and it is truly heartening to see so many young people opting for the IB’s substantial workload. The qualification’s breadth and rigour is rightly valued by universities, and our pupils learn a great deal from the IB’s extra dimension – the creative, action and service components. What is important at St Edward’s, of course, is that pupils have a choice. We are firmly committed to offering both A Level and IB in the Sixth Form so that pupils can work to their strengths and choose their own pathway.’

The following pupils are to be congratulated on outstanding results:

The average point score was 34.

Please note that destinations listed are based on the latest information available. Plans often change, so please do notify the School of any inaccuracies.