The North Wall Arts Centre today announced the appointment of John Hoggarth and Ria Parry as the new Co-Artistic Directors.

On their appointment, John and Ria said: “We are delighted to join The North Wall as Co-Directors. We are hugely excited by the organisation’s steadfast support for bold new work and emerging talent. We look forward to enhancing its reputation as a centre of excellence that inspires the next generation of artists, musicians and theatre makers. We are proud that The North Wall plays a significant role in the creative life of St Edward’s School, providing unique opportunities for pupils to immerse themselves in the world of the arts.” They will join The North Wall in November this year.

Mike Stanfield, Chairman of the Governors, commented, “As a School, we are extremely proud of The North Wall. No school in the country has an Arts Centre to match it. John and Ria’s extensive experience both in theatre and with young people makes them the perfect pair to drive The North Wall forward on a number of levels. The breadth of their work in theatre and the arts brings fresh thinking to the venue, ensuring that it will continue to fulfil its mission to inspire and to educate – in the wider community, and within St Edward’s School.’ 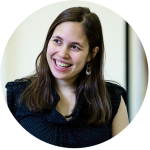 Ria Parry has directed work for the Bush Theatre, Salisbury Playhouse, Regents Park Open Air Theatre, Unicorn Theatre and Out of Joint. She was a Producer at Watford Palace Theatre before being awarded the National Theatre Leverhulme Bursary for Emerging Directors in 2010, becoming Resident Director at the National Theatre Studio. 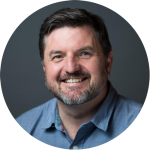 John Hoggarth was Joint Artistic Director of the National Youth Theatre 2003-2008. As a writer and director John has developed a reputation for nurturing comedy talent, and has seen collaborations lead to Perrier nominations, and the winning of both the ‘So You Think You’re Funny?’ award and the BBC New Talent award.

John and Ria are co-founders of the critically acclaimed Iron Shoes, previously Associate Company at the Bush Theatre. They have received two Scotsman Fringe First Awards for Mad About The Boy by Gbolahan Obisesan and Crush by Paul Charlton, and been nominated for several others including Best of the Fringe New York Award, whatsonstage Best Off West End Production, and two Stage Acting Awards. They have worked closely with The North Wall over the last few years as co-directors on several ArtsLab projects, and have a strong reputation for nurturing and supporting the talents of young and emerging artists.

Ria Parry and John Hoggarth’s appointment coincides with the tenth anniversary of The North Wall.

The ground breaking centre, built on top of the School’s former indoor pool, operates on a number of levels. A vibrant, purpose-built home for pupil drama, art and dance activities, it has, since its inception, extended its vision and reach well beyond the School to develop an innovative arts venue for Oxford and beyond. With a deliberate emphasis on offering alternatives to the mainstream, the dazzling and eclectic public programme attracts over 20,000 visitors a year to more than 100 performances and exhibitions.

Alongside its programming, The North Wall embraces the School’s mission to educate and inspire – by producing new plays; by programming work by early-career arts professionals; and by hosting free, residential arts placements for young people from all over the country.