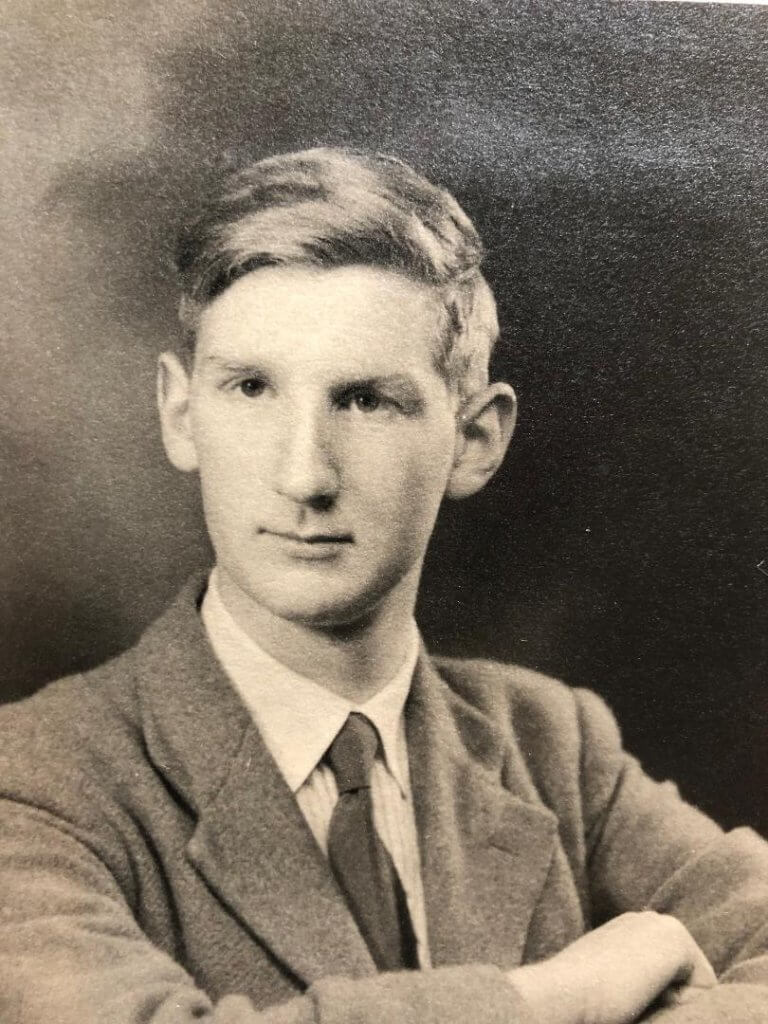 John Stedman was born in Marlow in 1929. He received scholarships to attend St. Edward’s and subsequently St Catharine’s College, Cambridge, where he completed his PhD in Chemistry. He emigrated to North America in 1952, where he held fellowships with the National Research Council in Ottawa, Cornell Medical School in New York City, and the Banting Institute in Toronto. John worked for 10 years in the pharmaceutical industry before joining the faculty of Temple University, where he taught medicinal chemistry for many years, attaining the rank of full professor. Following his retirement, he consulted for various pharmaceutical and biotech companies.

John was always an academic and remembered proudly how he exceled at math and physics at St. Edward’s. His dislike of sports, however, was strong—he claimed to have feigned whooping cough for months to avoid the sports fields. Yet he won friends with his scientific skills. Together with his dear friend, D.W.K. Bird (1942), he built a crystal radio that allowed all the boys to listen to the war news—strictly against the rules. In his final year at St. Edward’s, having exhausted all the available classes, he spent time building a fireworks display for the end of term—as he told the story, he did this with school permission. In his later years, he was able to reconnect with “Dickie” Bird, and to visit him in the north of England.

John married Liz Chalmers of Toronto in 1960, who shared his love of Shakespeare, theater, and travel. They made their home in Paoli, Pennsylvania, where John lived out the rest of his life. Together they had two daughters. Liz passed away in 1981. John married Sue Smith in 1990, and together they traveled to far-flung parts of the world, and enjoyed birding and attending the theater.

John had a lifelong love of learning, family, travel, theater, and bad puns. He took great joy in acting the clown and dressing in outlandish clothes, and never lost his enthusiasm for the Times crossword puzzles.

John passed way in 2019, one week shy of 90, and is sorely missed by his wife, his daughters, and four grandchildren.