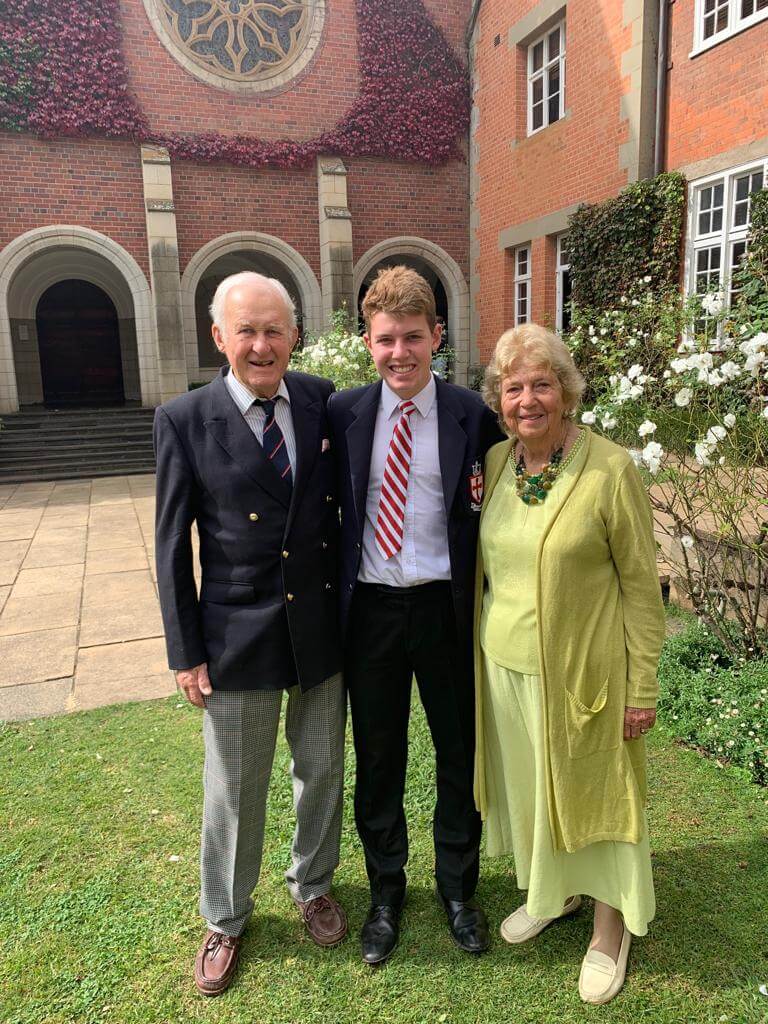 The obituary has been provided by his son, Justin Bass.

Although my father spent most of his early working life criss-crossing the globe as an officer in the Royal Navy, he ‘saw the light’ relatively early.  After finding himself a beautiful South African wife with whom he produced four children, they settled in the hamlet of Lordington in the South Downs near Chichester in 1965. He died in the same home 55 years later, on 17th November 2020.

He was certainly no stooge.  Over his 87 years of life, he didn’t waste a single day.  During the various chapters, he demonstrated the character traits and exuded the qualities which resulted in a life of success, adventures, travel and absolute fulfilment in every element of his existence.

After a distinguished and varied career in the Royal Navy which took him worldwide including overseas postings in South Africa, Singapore and Bermuda, he retired from the navy as a Lieutenant Commander at the age of 38.

He then took the brave step of becoming a student and attended the College of Law in London.  After passing his law exams in record time he qualified as a solicitor in 1973.  He subsequently joined Thomas Eggar & Sons in Chichester where he quickly rose through the ranks and became a partner in the firm, a position which he held until his retirement in 1993.

He was a respected pillar of the community in Chichester.  He was a sought-after candidate and held various positions within the Cathedral festivities and other civic activities in the Chichester area.  He was invited to become a district judge but decided that the commute to London would take him too far from his sailing boat in Chichester harbour and his beloved South Downs.

He was fortunate to have enjoyed a long and active retirement.  For the next 25 years, together with our mother Juliet, they became ‘Swallows’ and spent their time equally between Chichester and Simonstown on the Cape Peninsula in South Africa.

He was exceptionally well read and a fount of knowledge on history, literature, politics and more.  He had a talent for languages which he was only able to capitalise on later in life.  After his retirement, he learnt Spanish and rapidly progressed through O and A levels to degree level.

His love of travel, spirit of adventure, and hunger for fun was manifested in the many exciting expeditions which he undertook throughout his life and particularly during his retirement.  From cycling the Camino de Santiago de Compostela, to climbing in the High Tatras, hiking the Alpine Haute Route, travels throughout South America and numerous African safaris and walking tours to name but a few.

He leaves his wife Juliet, four children and five grandchildren.

Julian is pictured here with Juliet and one of his grandsons, Oliver.