The Symphony Orchestra combines the most advanced fifty instrumentalists in The Ogston Music School to embark upon some of the most challenging orchestral pieces in the repertoire.

upils at the School gain a very broad picture of orchestral music from all periods: whether it be a baroque concerto grosso, a classical symphony, a Romantic tone poem, or a more modern work. Recent school concerts have included a heavyweight classical programme including Beethoven Symphony no 3, a programme of dance movements including Borodin’s Polovstian Dances and Tchaikovsky’s Nutcracker Suite no 1, and a French-inspired programme with works by Ravel and Debussy.

The Orchestra tends to play one major concert per term, and most recently performed during the two Gaudy concerts last summer, culminating in Teddies own Last Night of the Proms style finale (to watch videos of the performances, tune in to Teddies TV). They have also played in major venues for school concerts and occasions, including Cadogan Hall and most recently at St John’s Smith Square (a gallery from the concert is available here).

Admission to the main Symphony Orchestra is by invitation only, but there are several training groups which encourage pupils to develop their ensemble skills. Sinfonia Strings encourage our beginner and intermediate violins, violas, cellos and basses, and there are plans to set up a specific cello ensemble with the huge number of players in the School at present. Wind and brass players tend to start off in chamber groups, but also have the opportunities of Brass, Jazz and Concert Bands in preparation for Orchestra. 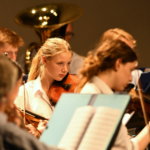 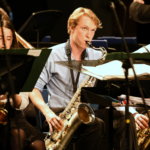