The School’s choral tradition has always been strong, and pupils continue to enjoy the opportunities to sing with others and to be ambitious in working towards major concert projects.

e have two Chapel Choirs, both mixed SSAATTBB choirs and both 45 strong, which sing regularly in Chapel services both midweek and on Sundays. They sing a full cathedral repertoire of music, and have performed in evensongs around the country, as well as maintaining links with Oxford city colleges. In recent years, they also have had the opportunity to perform in the Royal British Legion’s Festival of Remembrance as the main choir in the BBC’s concert/service at the Royal Albert Hall, as well as in their own concert in Cadogan Hall alongside the English Chamber Orchestra and, most recently, a performance at St John’s Smith Square.

The Chapel Choirs also combine with our Choral Society of parents, staff and friends: St Edward’s Singers. The Singers hold regular rehearsals in the Ogston Music School, and perform major oratorios and requiem masses once a term with a professional orchestra in Summertown, Jericho or Oxford. There is further information about how parents and neighbours can be involved with this group here.

A sub-set of the Chapel Choir, the Chamber Choir, works to challenge our Sixth Form major singers to embark upon more difficult works, giving experience to those who go on to choral scholarships at competitive universities each year. We are lucky to have good links with cathedral schools feeding choristers into St Edward’s and, with Oxbridge colleges and cathedral city universities on the doorstep, pupils can progress through each step with relative ease.

Beside the Chapel Choirs, St Edward’s offers a tradition of singing for all. Singing is important to the School: pupils and staff enjoy singing congregational anthems in Chapel services, and there is huge excitement every year about the House Singing Competition — a two-round (unisons, then harmonies) contest where the boys and girls run very high standard singing groups of their own.

In addition to singing in one of the choirs in the Chapel and the glorious surrounds of the Weston Recital Room, we have a series of close harmony choirs for different year groups, to encourage those who wish to sing in harmony. These groups tend to combine 16-20 voices in SATB arrangements, performing in informal Soirees during the term. Whether their interest is in singing gospel songs, spirituals, the latest dance tracks, or a recent Out of the Blue arrangement, there is an opportunity to take part. 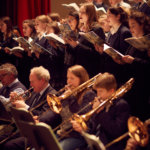 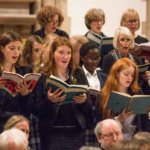 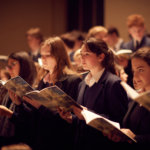 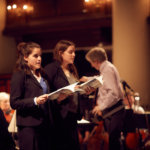 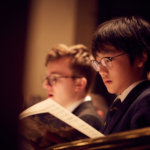 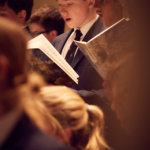 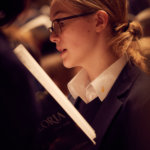 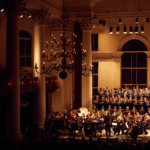