It was announced today by the Chair of Governors, Chris Jones OSE, that the 14th Warden of St Edward’s will be Alastair Chirnside, currently Deputy Head at Harrow. He will take up the role in September 2021.

Alastair was brought up in Oxford and attended the Dragon, winning a Scholarship to Eton where he later taught. 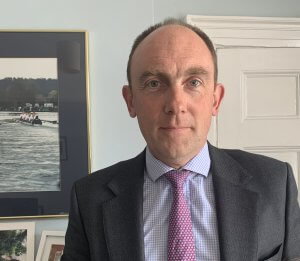 He took a Congratulatory First in Classics and Modern Languages at Merton College, Oxford, where he also won a Lightweight Rowing Half Blue.

In making the announcement, Chris Jones said, ‘Alastair and his wife Zannah have two daughters, Mary and Lizzie, aged 9 and 8, so his extensive experience of educating boys is matched by a passionate interest in the education of girls. He shares with me and my fellow Governors the ambition to build on the achievements of the current Warden, Stephen Jones, and secure St Edward’s place as an undisputed leader in co-education.’

We look forward to welcoming Alastair and his family to Teddies.